Some facts about the Philippines

The Philippines is a group of more than seven thousand islands that are located in south east of Asia. These islands are to be found between the South China Sea and the Philippine Sea right on the very edge of the continent. The islands were colonized by the Spanish which explains the large number of Catholics in the country. The two official languages are English and Filipino but there are about 8 major languages in the country and close to 78 major language groups here. Spanish and Arabic are also spoken but they are optional languages. 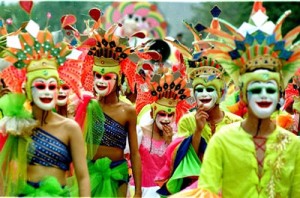 The Philippines islands play host to more than a hundred ethnic groups. The Filipino identity is however distinct thanks to the fusion of the different cultures of the groups plus foreign influence. The Filipinos are extremely nice people. In fact you might consider them to be impossibly hospitable but this is the nature of Asian culture.

One thing you will note is that Filipinos they may not be too outspoken or argumentative. Unbeknownst to most visitors is a cultural element known as hiya. This basically means a sense of shame- you should have a sense of shame to preserve yourself from looking foolish. It is this principle that will prevent people from asking questions in the fear that he/she may look foolish. It is also because of this principle that most Filipinos do not disagree with people openly lest it causes offence to someone. Lack of hiya is a grim social sin. Filipinos will not point out some awkward subjects so openly for instance topics on sex would be quite hard for a Filipino to broach.

These guys also tend to be very hospitable and this becomes quite evident especially during those social ceremonies and events like Christmas. In fact during Christmas you will be amazed. While in most countries Christmas is not highly anticipated, in the Philippines it starts as early as September. They welcome just about anyone including strangers to dine with them in their homes. So in general the Philippine culture will promote more of social integration and anything meant to disrupt peace and unity will be frowned upon.